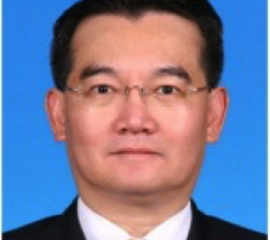 He also , together with a network of partners, founded Chamber of Asia Insurance Professionals (CAIP), an industry organization totally dedicated to needs of companies and individuals working in the insurance sector in Asia.

Khor joined the life insurance business with a multi-national company in Kuala Lumpur as an agency development officer in 1987. He was later head-hunted to be the head of business development & training by a large Malaysian company, a position he held until 2000, when he resigned as Vice President. During this phase of rapid growth, he was exposed first hand to alternative distributions, rising market sophistication and increasing regulation. In that position, one of Khor’s notable successes was the establishment of a network of domestic companies mutually supporting each other in business initiatives, special projects and training efforts across Asia.

From January 2008 to June 2013, Khor was Head of South Asia region of LIMRA LOMA. During that period he worked with LIMRA LOMA member companies in Pakistan, India, Sri Lanka, Malaysia, Singapore and Indonesia to add value to their LIMRA and LOMA membership. Khor achieved significant success in a multi-cultural environment during that period when revenue increased over 110% during his tenure. He was also promoted twice from Director to Assistant Vice President, and then from Assistant Vice President to Corporate Vice President during his service period with LIMRA LOMA.

Mr Khor was a founding Board Member of the Financial Planning Association of Malaysia (FPAM), a non-profit organization dedicated to the professional development of financial services industry in Malaysia.

END_OF_DOCUMENT_TOKEN_TO_BE_REPLACED

This is the second part of a very comprehensive article that looks at why...

Problem presenters play a key role in the success of our action learning...

If you are interested to have a conversation, or you have a question about Avatar Global Consult, Please contact us via email or phone. We look forward to hear from you. Give us one day, we'll change the way you work--forever.

No comments available.
Back to Top