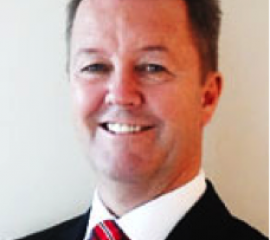 In 1988, John was the Managing Director of Citigate Direct. John joined Prudential as the Marketing Director, Direct Markets (1994-1998). He then went on to serve in TBOi Management Consultants as Regional Director between 1998 and 2000. John was Director/Owner of Asia Regional Consulting Web between 2000 and 2002.

John then served in Watson Wyatt for 8 years from 2002 – 2010, his specific responsibility being the Asia region.

One of John’s standout achievements was the Axa Mandiri Insurance initiative. Axa Mandiri to this day remains a market leader in life insurance in Indonesia contributing more than US$50 million in net profit and fees p.a. to Bank Mandiri.

END_OF_DOCUMENT_TOKEN_TO_BE_REPLACED

This is the second part of a very comprehensive article that looks at why...

Problem presenters play a key role in the success of our action learning...

If you are interested to have a conversation, or you have a question about Avatar Global Consult, Please contact us via email or phone. We look forward to hear from you. Give us one day, we'll change the way you work--forever.

No comments available.
Back to Top